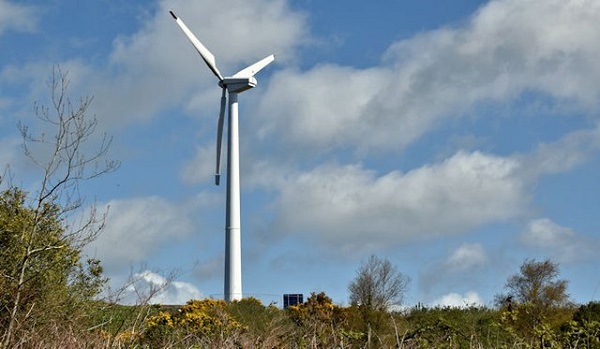 The Climate Action Plan, published in June of this year, is the Government’s plan to give Irish people a cleaner, safer and more sustainable future. The Plan sets out actions across every sector which will ensure we meet our future climate commitments. A key part of the Plan is a move to 70% renewable electricity by 2030.

“Ireland is currently 86% reliant on fossil fuel. We must radically reduce this dependence and make the transition to cleaner, more renewable energy.

“We are exiting from peat and coal to generate electricity and moving to clean, renewable sources of power, like wind and solar. The Renewable Energy Support Scheme is a flagship Government policy designed to deliver on our commitments to decarbonise our electricity grid, harness our natural resources and bring renewable energy into the heart of our communities.

“Today, I am announcing the details of the first auction under the Scheme. Installed wind capacity has grown by 50% since 2015. This auction could see capacity grow further by 30% in the next three years, with solar and community participation. This is the equivalent of powering up to 640,000  homes every day and will have a significant impact on delivering what we set out in the Climate Action Plan.”

The Renewable Electricity Support Scheme (RESS) is an auction-based scheme which invites renewable electricity projects to bid for capacity and receive a guaranteed price for the electricity they generate.

The Government has agreed the proposed elements of the Scheme, which subject to state aid approval, will make up the first auction set to open next year.

The first auction is set to open early next year, subject to State Aid approval and will deliver up to a 3,000GWh increase in renewable electricity generation by the end of 2022.

Every project developer will be obligated to contribute to a Community Benefit Fund at a rate of €2 per Mega Watt hour (MWhr) every year. This will generate a minimum amount of up to €6m for communities living in close proximity to renewable projects each year.

The RESS will also mandate that Irish citizens or communities will have access to investment opportunities in renewable energy projects, prioritising those citizens that live in close proximity to the projects. The Minister expects to announce further details on this aspect in the New Year.

“I am keen that communities where renewable energy projects are being built are included in the project’s development. The Government have agreed to make this a strong element of the Scheme. I am pleased to confirm that work on the establishment of an enabling framework to support community projects and participation is well underway and will intensify in the New Year”

Further information is available on the RESS page on the Department’s website.

Public Consultation on the Draft RESS Terms and Conditions

The Department of Communications, Climate Action and Environment is committed to engaging with stakeholders in a clear, open and transparent manner. Any person or organisation is invited to make a submission in relation to this consultation. Click the following link for more info.